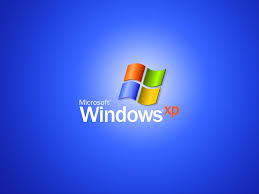 70% of ATMs In Nigeria Susceptible To Attacks – Microsoft

Over 70 percent of the ATMs (Automated Teller Machines) operated in Nigeria are vulnerable to the risk of attacks by hackers and illegal activities following the halt of support by Microsoft to the Windows XP operating system.

Most Nigerian banks have been running ATMs on the outdated Windows XP, despite a series of announcements by the global software maker that it would stop supporting the 2001 released system.

As of April 8, Microsoft halted support for “cyber security and technical support for the Windows XP”, with a majority of banks still relying on the system to run cashing outlets, brewing concerns amongst customers with regards a possible threat to their personal banking information.

While Mr Kabelo Makwane, Microsoft’s Country Manager, who was represented by Olayinka Oni, the tech giant’s Nigeria Chief Technology Officer, insisted no extended window will be provided for banks, he revealed that the company is currently engaged in discussions to migrate banks to the latest Windows 8 OS.

“But obviously, we are in conversations with them on how they can get custom-extended support, while they think through the implementation plan in getting modern,” Olayinka noted.