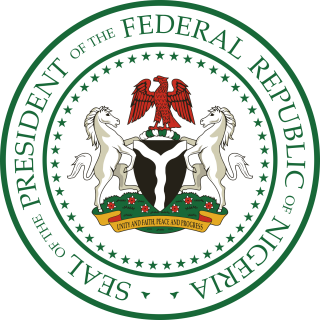 On August 21, 2015, Spencer Stone, Alek Skarlatos, Anthony Sadler, and Chris Norman became heroes, as they helped avert a possible disaster on a train in France that would have cost lives. The three friends were U.S. Marines on holiday when a gunman opened attempted to open fire on passengers. Today, the men were presented the highest award in France, the Legion of Honour (Legion d’honneur) because of their bravery.

Within Nigeria, even though acts of bravery aren’t hard to see, notice and appreciation by the government is. While the late Dr. Stella Adadevoh was recently awarded for her bravery in trying to contain Ebola in Lagos last July, her case is practically an anomaly. Nigeria is no stranger to crime or acts of violence, and when people do find the courage to stand tall, we seem to have a culture of inadequate appreciation. Because we’re not lacking in brave men and women, here are six times we failed to properly recognise the acts of heroes amongst us.

Boko Haram has wreaked havoc in communities in Northern Nigeria since 2009. On May 13, 2014, however, civilians in Borno took up the fight against the terrorist group, killing up to 200 of their members in a clash between the two parties in Rann. These civilians stood up to the group because their leaders encouraged them to do so.

In May 2014, Baba Goni discovered and rescued two abducted Chibok girls tied up and left for dead. The girls had been raped and brutally manhandled. Goni, himself an escaped Boko Haram abductee, was just 15 years old at the time. He has played an active role with other members of his community in trying to find the abducted girls.

Mercy John of the Provost Office State Police Command Headquarters, Ikeja, Lagos was ‘hailed’ for managing to disarm two suspected armed robbers that accosted her and her companion in the Egbeda area of Lagos State on the 10th of February, earlier this year. Her shocking bravery in that situation should have earned her more than a nod and words of encouragement, but it didn’t.

Two patriotic Nigerian soldiers, Babalola Oluwaseyi Joseph and Charles Victor Uchenna Ilo, lost their lives in an attempt to recapture Monguno in Borno from the terrorist group Boko Haram. Although they were doing their duty – No medals. No proper national recognition.

This past July, a security guard saved church-goers at the congregation at the ECWA church in Tudun Wada, Jos. In a fortunate twist of events, the unnamed guard discovered the bomb at the entrance to the church and managed to remove it from the premises before it could detonate.

Last month, a Nigerian naval officer, Seaman Amaiseimogha Paul decided it was better for him to die alone when he noticed a landmine and told his colleagues to stay back while he tried to diffuse the explosive. Again, no deserved recognition.

These six instances, are just few of the many ways Nigerians have put their lives at risk for others. Maybe it’s about time we start recognising them?