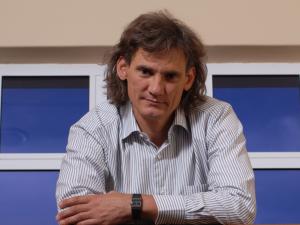 In September of last year Herman Heunis, CEO and founder of South African social networking site MXit, sold his creation for a fee believed to be in the region of $61 million to technology investment firm World of Avatar.

MXit boasts more than 43 million registered users of its free mobile instant messaging and social media services in 128 countries, with new registrations being clocked up at a rate of 50,000 per day. It has been endorsed by the Department of Basic Education for widescale mathematics instruction, the Indonesian government for disaster relief and the US State Department to promote the visit of President Obama to Africa. It claims to generate profits as well as growth, garnering revenue from advertising, chat room usage and content sales.

Yet Heunis chose to sell up and get out, a decision that may have been proven correct by MXit’s flagging fortunes since. Some important lessons can be learnt from Heunis and MXit.

Often the trick of success in business is to come up with something that nobody else has yet thought of, or develop something that already exists to another level. Creativity is at the centre of this.

In building MXit to a company that could command such a hefty price, Heunis and his colleagues encountered a number of problems. Yet sometimes it is possible to turn a hurdle into a springboard. In 2000, Clockspeed Mobile, a division of Swist Group Technologies (a company Herman founded), decided to create “Alaya”, a Massively Multiplayer Mobile game.

High SMS costs, however, forced Heunis and his team to have a rethink. The result was a mobile application that allowed users to send text messages – at a low cost – across mobile data networks. This later became MXit Lifestyle.

Every entrepreneur will recognise the problems that arise when getting a business off the ground. “I’ve had many,” said Heunis. “As a matter of fact, too many to count. I think every new venture has to overcome obstacles and tenacity is one of the keywords. Most entrepreneurs expect problems and challenges and have back-up plans ready when things go wrong, but in some cases the unexpected happens and it can have disastrous consequences. Successful entrepreneurs will continually get up and start again and tackle the problem, maybe with a new plan or strategy.”

May sound obvious, but it’s true. MXit did not become a worldwide phenomenon by accident, and Heunis’ rise was far from meteoric. He worked for over thirty years to get to the very top, starting out as a technical specialist and consultant in 1980, long before the majority of MXit users were even born. He started his own ICT consultancy in 1990 and created Swist Group Technologies in 1998. This would later give birth to MXit Lifestyle.

Take charge of your destiny

Heunis is a big believer in positive thinking when faced with testing situations, and believes they can be surmounted by taking charge of your own future. His favourite slogan is, “You are the captain of your ship.”

Know when to quit

In spite of all the success, Heunis had no qualms about selling MXit when he felt it was right, and has become a very rich man as a result. He has said that he feels he is better suited to starting technology businesses rather than running them, suggesting there may be another stroke of genius in him yet.

“MXit is no longer a small company. It has a staff of 150 people. I don’t think my real strength is running companies – it is starting companies.”

He first suggested leaving MXit in 2007, after he was almost killed in a motorbike accident in Namibia. In 2011, he finally made the break, with nothing left to prove. Having established MXit and made his fortune, he is happy to have left the company knowing he has built something great.

“It’s not just the money,” he has said. “One Sunday morning, when I was in hospital after the accident, an old lady walked into my room and said to me, ‘I’m sorry to bother you, Mr Heunis, but I was told by the nurses that you started MXit. I came to thank you. I use MXit to talk to my grandson in Dubai and my granddaughter in London every day. I cannot afford to SMS.’”

“We really created something. We changed the way we communicate in this country.”