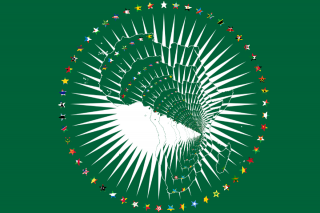 4 African countries and their investment appeal

Investing in a new market is not a walkover like many headlines make it. It takes a lot of courage, research and an in-depth understanding of the business and the market a business intends to venture into. Every market has dynamic and unique trends that influence investment decisions. This includes growth and development. This peculiarity or investment appeal distinguishes markets and sets one country ahead of another, encouraging investors to do business in a foreign country.

Africa ranks among the poorest continents globally, with a per capita below the global average. But the continent is attracting foreign investments as some investors find specific untapped markets palatable. From the Eastern to Western regions of Africa, specific investment appeals are driving investors into different countries. Below is a list of four African countries and their investment appeals:

Nigeria is the most populous nation in Africa. It is the 6th most populous country in the world. As of Tuesday, 15th of November, 2022, Worldometer, a global population online platform, estimated its population to be over 218 million people.

A large market is critical to attracting foreign direct investment to a country. Before considering other metrics, investors want to know if the market in view has customers that would interact with the products they are offering.

The Nigerian market is not without its challenges, but its population size is a great appeal for most investors looking to expand to Africa.

Egypt is the third most populous country in Africa. Its strategic geographic location positions it as a great investment hub

Egypt lies between two major waterways; the Mediterranean Sea, which gives access to Europe and North America, and the Red Sea, leading to the Indian Ocean. This strategic advantage keeps it at the crossroads of Europe, Africa and Asia, making it a recipient of foreign direct investments (FDIs).

While most African economies dwindled during the COVID-19 pandemic, Egypt was one of a few economies in the world, along with China, that recorded continued growth. The Oxford Business Group reported Egypt’s GDP to have grown by 3.6 per cent in 2020 and 3.3 per cent in 2021. Its economic growth was projected to surpass 5 per cent in 2022 and remain strong in the coming years.

South Africa is Africa’s most industrialised country. It has the most diversified economy in Africa. When President Cyril Ramaphosa became head of state in 2018, he had a mission to improve Foreign Direct Investment (FDI) in the country.

Thus, Ramaphosa launched an investment drive to attract R1.2 trillion in FDI over five years to the economy, leveraging industrialisation. As of 2020, SA had received pledges of about R774 billion.

This year, about 45 projects have been rolled out, including in the pharmaceutical and automobile sectors. Aspen provided the continent with J&J Covid-19 vaccine manufacturing capability. It produced about 160 million doses in South Africa.

The government believes that foreign investment would boost economic growth. Consequently, despite the impacts of the 2020 COVID-19 pandemic, SA had a lot of investment rolling into its startup, insurance, and pharmaceutical sectors – although the automobile, mining and tourism sectors suffered greatly during the lockdowns.

The middle class describes individuals and households who fall between the working class and the upper class within a socioeconomic hierarchy. Many professionals, managers, and civil servants fall into this category, and their incomes are neither low nor high.

44.9 per cent of Kenya’s population is made up of people in the middle class. People in this class usually have enough money for discretionary spending. As spending habits get altered, investors are more drawn to this demography and market and move to produce goods and services to increase consumer demands.

Other investment appeals include its strategic position in East Africa and its ease of doing business (EoDB). In 2020, its EoDB index score rose to 73.22, ranking it 56 out of 190 economies.