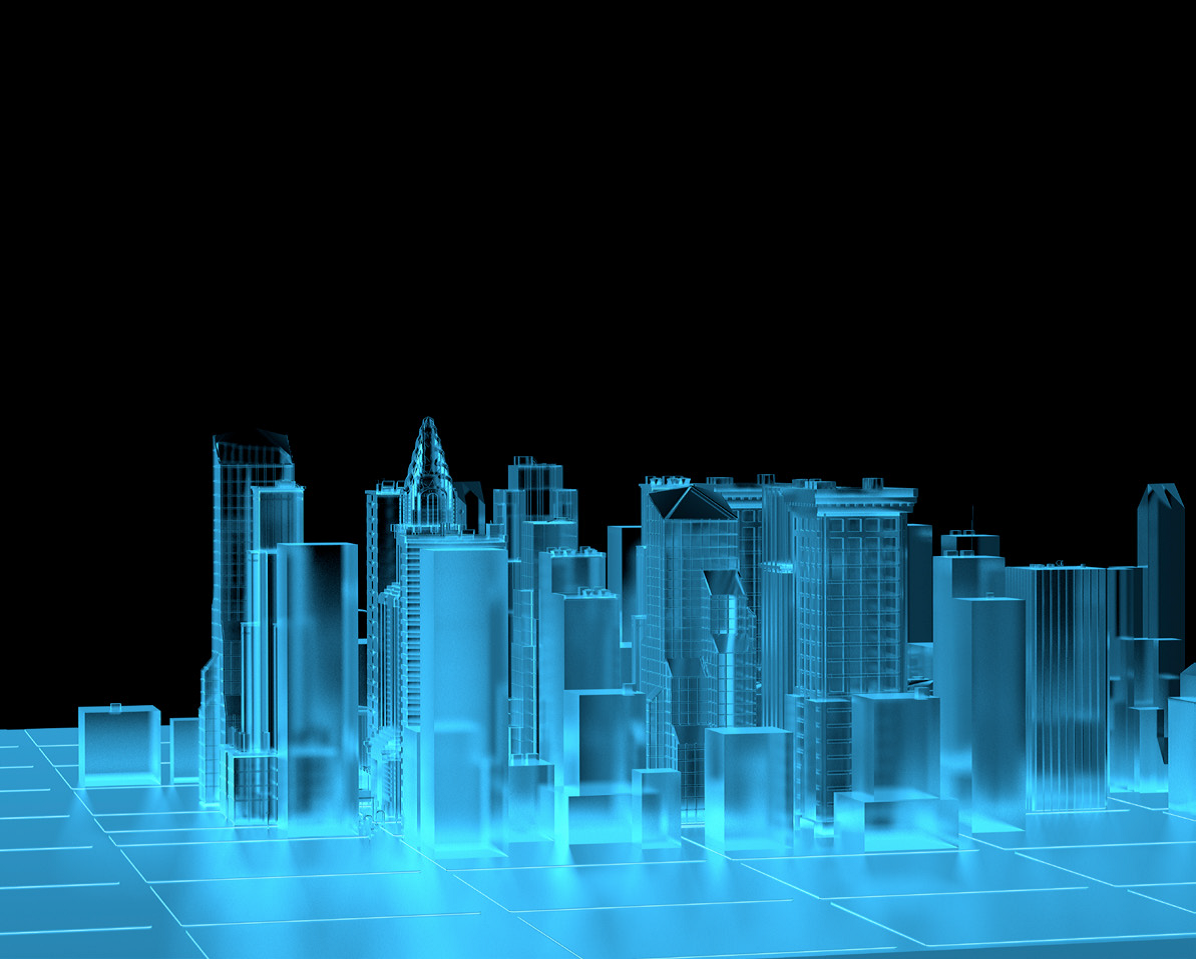 Building complex databases and deploying sophisticated algorithms in real-time may seem a high-tech approach far removed from the capabilities of Africa’s cities. Yet cities like Lagos, Accra and Nairobi are already putting this approach in place, as municipal administrators increasingly buy into the idea of smarter cities.

For some critics of the ‘smart city’ movement – in particular those people who believe conspiracy theories are not that far from the truth – the idea immediately evokes visions of an urban dystopia: a world ruled by cyborgs, insidiously and invisibly controlled by an intelligent super-computer. More pointedly, others, urbanists in particular, have argued that this buzzword, and the frothy discussions around it, mask a form of tech-driven imperialism, as overwhelmed African planning authorities look to Western technology firms for one-stop solutions to the challenges facing their fast-growing cities. Still others, such as local communities concerned over basic services and infrastructure, have expressed concern about the high cost of the proposed changes. Their worry is that funding smart-city technologies will take away public money from more traditional, concrete form of infrastructural investment – like roads and services – that have more tangible impacts on the lives of urbanites.

According to Jonathan Batty, IBM’s Communications Manager for Emerging Markets, these objections miss the mark. “There are lots of different definitions of the smarter city, and as a technology company, IBM has its own flavour. For us, “smarter cities” is all about data: how you mine it, leverage it and ultimately use it to make better decisions about how to run your city and to provide better services to citizens. It’s about optimising what you have already got and doing more with less,” he said.

Of the 16 cities announced as grant-winners in IBM’s Smarter Cities Challenge this year, three are in Africa: Abuja, Durban and Mombasa. Like their predecessors, they were selected through a competitive process based on open nominations to the IBM central office. The winning cities will welcome teams of staff from IBM branch offices across the world. These executives and experts will offer pro-bono advice to municipal authorities, private sector leaders and community stakeholders on how to deploy smart-city technologies. Of course, the exercise is also an opportunity for IBM to plant seeds in the minds of business and government workers, who perhaps are then more likely to roll out these plans using the company’s own services and products. According to Batty, there are no obligations or conditionalities enforced by the technology vendor once recommendations are delivered.

Emeka Okoye, a Nigerian-born “techpreneur” and open-data advocate, is one of the sceptics of the top-down smart-city proposals being put forth by Africa’s public officials and their partnering global technology firms. “A critical aspect often glazed over is communities having a voice in what their cities should be like,” Okoye said. Giving citizens open access to the data collected for these programmes, he said, would “simply make information and data used to make decisions available to the public for the stakeholders to add wisdom and expertise to. A smart city makes urban governance agile based on feedback from the citizens and uses lowcost technologies to achieve high results.”

True to his word, since 2010, Okoye has developed several software programs that use open data to help citizens keep tabs on their governments. Perhaps the best known is ReVoDa, a mobile phone application designed for Nigerian activist platform Enough is Enough, and which “turns citizens into election observers”. Okoye has designed similar platforms for referendum and election processes in Liberia and Ghana.

However, when it comes to planning a city, not all believe in the wisdom of the crowd, and though IBM relies on indigenous knowledge for its smart city programmes, the commercial IT firm has steered clear of the murky waters of politics. Making African governments more transparent and accountable is important, but telling local officials where problems lie does not necessarily help to fix them.

As the chief scientist of IBM Research Africa and a self-professed ‘social geek’, Dr Uyi Stewart sees big-data solutions as a way to address Africa’s major challenges. “Smarter planning was meant for Africa,” he said. “In the past, African countries have been too reliant on donor money, which doesn’t give enough incentive to make a buck.”

According to Stewart, sustainable, independent development is easiest when projects pair a commercially viable framework with a social agenda. “I’m looking for a blueprint for commercialisation in Lagos. And once I have it, I want to use it to build a framework to create more jobs, business opportunities, better healthcare and improved services,” he said.

From his base at the research lab in Nairobi, Stewart and his team of researchers are brazenly taking on challenges from security and sustainable energy to employment and climate change. The team’s objective is to generate a whole new line of management technologies originating in Africa and made for Africa, but applicable to a global market. It remains to be seen what the uncompromising optimism on display at IBM will yield, and whether the company’s move to demonstrate its commitment to the region will help it to edge out competition in the future.

IBM has deployed 10 teams to Ghana over the last five years, among them the Smarter Cities Challenge team. Another IBM team is due to work on Ghana’s health service with Yale University later this year, where it will use data analytics and high-performance computing to support a program that tests, treats and tracks HIV-positive pregnant women in Ghana. And this is just the beginning of IBM’s plans for Africa. Enter stage right: Project Lucy, a $100 million programme launched in January 2014 and which will take IBM’s latest advancements in cognitive computing to real-world challenges. According to Stewart/IBM, Project Lucy takes a human’s most attractive features – rationality, morality and empathy – and marries these with what machines are best at: high storage capacity, quick retrieval and a memory immune to time. It simply uses technology to approximate the gaps in our cognitive abilities, allowing people to be assisted in a way that scales. “I challenge anyone in the world – Africa can compete. We just need to get organised,” said Stewart.

Without reliable data, however, Stewart’s lab will realise none of its high ambitions, regardless of how state-of-the-art its technology is. How can gaps in information coming out of African cities – not to mention the non-standard and un-digitised formats such information tends to come in – be reconciled? The answer lies in more data, or rather plugging into multiple and at times unconventional forms of data.

With reportedly three subscriptions for every four people in Ghana, GSM technology is another workable source of data. Take winding traffic queues, for instance – a problem increasingly synonymous with Africa’s major cities. When it comes to traffic management and transport planning, mobile phone data is particularly useful: mobile devices are pervasive and typically kept on one’s person, making is easier to monitor and analyse movements.

Seeing this potential, in May 2012 the Accra metropolitan planning authority approved plans for a central control tower to monitor and regulate traffic flow. With help from big data and cloud-computing technologies, Accra’s transport officers can use mobility patterns and analysis based on mobile phone signals during rush hour to inform intelligent traffic management. But with 70 percent of Accra’s commuters using local minibuses or tro-tros, and the low quality of roads contributing to the infuriating congestion issues, city administrators will have to phase in both hard and soft solutions.

CCTV is another very powerful source of data for monitoring traffic systems and flows. For example, in Nairobi, IBM uses big data analytics to mine footage from CCTV cameras around the city. Even though there are only 16 traffic cameras, by using mathematical models to build analytics, engineers are able to infer the missing network coverage.

In Nigeria, IBM Research lab is looking to work with a commercial mapping company, Virtual Streets, to uncover the wisdom of the country’s motorists. Sensors mounted on vehicles can detect potholes and speed bumps, allowing a rebasing of available mapping data to better estimate journey times. Surface conditions, flooding caused by poor drainage systems and insecurity can all have a highly significant impact on journey time; racking devices help create a comprehensive view of the city by adding a richer layer of information than what a reliance on mobile data can.

Glitches in the System

Piling on layers of information when looking at an issue like traffic can make it harder to see patterns and predict the effects that changes to the system will have. Keeping up with the large volumes of data and speed of collection can be a challenge. Here, IBM combines cloud computing with big data, which also allows traffic controllers to adjust algorithms to unavoidable circumstances that may vitiate incoming data – for example, the effects of turbulence on surveillance cameras.

But not all problems can be dealt with in the lab. Current budgetary processes inhibit the sharing of resources, including data. In fact, political culture, which tends to be partisan, does not readily lend itself the hard logic of computer models and the holistic thinking essential for smart cities. This issue is of course not exclusive to African cities, where collaboration can, and does, happen. However, it places a particular strain on smart city initiatives that do not adhere to the tidy ministerial portfolios, particularly given the understandable reluctance of IT firms to engage with politics.

That technology companies nominally take a problem-centric view, regarding innovation as a means to an end, certainly helps in rolling out targeted solutions. But it may be that the inherent reductionism of computer models, which must extrapolate and generalise data, conflicts with the very nature of the city and with the serendipity that draws us to it. Moreover, smart city initiatives tend to be exercises in top-down management than bottom-up innovation, since the data these initiatives use often depend on formal channels rather than crowd-sourcing activities.

Collaborations between big technology firms and small businesses, including the one between IBM and Virtual Streets, could help reverse this pattern. As Stewart said: “I believe the greatest legacy for this generation is to level the playing field by creating access to information. Most entrepreneurs in cities like Lagos work in fragments and closed circuits. We can do so much more by shifting to a networked approach in which businesses cluster together under a technology glue to exchange resources and leverage off one another. This is the promise of Project Lucy.”

For Emeka Okoye, the key phrase is “the World Wide Web” – not a hierarchical eco-system but a democratic cyberspace. “We really need to think about viable ways to opt people into the smart cities programme,” Okoye said. “They will tell you where their problems are. It’s important to tailor solutions to specific problems or sections of the city using smaller components to create a wide network of applications.”

Despite all of this, there remains one big question mark hovering over the smart city approach: What types of cities we want to live in, run our businesses from and raise our families in? The technologists, planners and entrepreneurs who are making Africa’s cities smart must ask not whether technology can solve all of Africa’s problems but rather, whether we will be willing to live with our own creations.