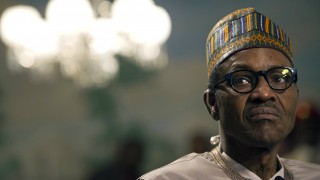 The Nigerian government has experienced a huge decline in its revenue in 2016. From January to September 2016, the government had a 600 billion naira unfavourable revenue variance. With a growing debt ratio and falling revenue, the government’s search for alternative revenue sources is endless.

President Muhammadu Buhari’s cabinet in October had requested the Senate’s approval to obtain a $29.9 billion loan to finance the government’s deficit. The Senate rejected the request on technical grounds.

On Tuesday, Senior Special Assistant to the President on Foreign Affairs and Diaspora Matters, Mrs Abike Dabiri-Erewa, disclosed in a visit to the Federal Inland Revenue Service that between January and now, over $35bn had been remitted into the country by Nigerians living abroad. She further said that the remittance to the country is the highest recorded in Africa this year and the third highest in the world.

The concern raised by Nigerians in the diaspora raises the thought as to whether the Nigerian Government is providing adequate measures to attract its citizens to invest back at home. The remittances have increased tremendously by over $14 billion in just 11 months compared to the $21 billion received in the 12-month period of 2015. The Nigerian Government has failed to utilise the potentials of foreign direct investment from Nigerians in the diaspora. Many Nigerians living outside the country are willing to invest but the incentives to attract them back into the country is low.

There are several Nigerians making tremendous strides outside the country with massive investments in other countries around the world. Bayo Ogunlesi, a Nigerian-born investment banker, was recently appointed by the President-elect of the United States of America, Donald Trump into his cabinet, as part of his policy and strategy forum.

Investments like Ogunlesi’s could have been channelled to Nigeria if the environment was viable enough. The Nigerian Government have been exploring the option of concessioning their airports when there are Nigerians who can purchase and revamp Nigeria’s air transport industry.

The mega malls in Nigeria were revolutionised by Nigerian-led investments in the diaspora. The Palms Mall in Lekki, which was the country’s first mega mall, was developed by a joint venture partnership of Actis and Tayo Amusan’s Persianas Properties Ltd. The funds were solely sourced from outside the country.

Apart from the capital generated from finance institutions, Nigerians in the diaspora have also been exploring business opportunities with personal savings.

Ike Okosa, founder of eWorker, a freelancing platform moved from London to Nigeria in March this year. Mr Okosa was already running a successful business in the London. However, he saw a pressing need to develop the tech talents in the country. eWorker has filled a gap in the freelancing and outsourcing space. With the help of foreign clients and attractiveness of Nigeria’s skilled youth to the global business community, Nigerians and other Africans have had a boost in their incomes with freelancers earning as high as £1, 275 monthly.

Yemi Awojide, a Nigerian based in Toronto, Canada created a business in Nigeria that has employed over 20 Nigerians with a plan to expanding his business. He, however, like other Nigerians has called for the support of the government to help boost SME growth in the economy.

Reviewing the $35 billion remittances into the country, can the effect of the money be felt positively within the economy? The government has stifled investments with its multiple exchange rates. The harsh business environment has led to the companies shutting down and increased losses; infrastructural development in the country could be argued to have improved but still defers in meeting the growing demand of Nigeria’s looming population.

The opportunities embedded in attracting foreign investment from Nigerians in the diaspora remain underutilised. The Nigerian government needs to create viable incentives. The government should start with introducing tax incentives by blocking loopholes in the tax laws that create double taxation on foreign investments. Tax cuts and breaks should also be given to these investors to attract them. Platforms for business registration should be made easier that Nigerians in the diaspora could affect their businesses from outside the country. The Corporate Affairs Commission should liaise with Nigerian embassies to create business registration platforms in other countries. The government must provide incentives that would appeal to Nigerians abroad to return and invest in its fatherland.