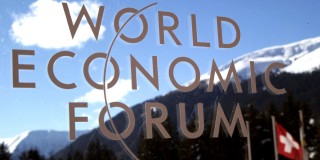 Here are some highlights from the World Economic Forum in Davos

The ongoing 46th Annual Meeting of the World Economic Forum in Davos, Switzerland, has attracted over 2,500 leaders from the business space, government officials, international organizations, civil society groups, members of the academia and the media to discuss issues around the theme “Mastering the Fourth Industrial Revolution.”

The Nigerian vice president, Yemi Osinbajo, is the country’s representative at this year’s World Economic Forum. He will be participating in a number of discussions to highlight the prospects of the Nigerian economy under President Muhammadu Buhari.

Here are 3 key issues discussed at the World Economic Forum so far:

As the price of oil in the global market fell below $30 in the last month, Nigeria’s petroleum minister, Ibe Kachikwu, called for an emergency meeting of the Organisation of the Petroleum Exporting Countries (OPEC) in order to curb the price from crashing any further with Iran’s plan to supply 500,000 barrels per day.

However, Saudi Arabia has maintained its stance on remaining the world’s second largest producer of oil and as a result of this, a hugely oversupplied market is expected. “We are not going to accept to withdraw our production to make space for others,” said Khalid al-Falih, Chairman of Saudi Arabian Oil Company, also known as Saudi Aramco, at a panel hosted by CNN’s Emerging Markets editor, John Defterios.

Furthermore, he stated that Saudi Arabia never agreed to take up the role of ensuring any balance in the global oil market and the country will still continue to function even if the price of oil falls lower.

The disruption of the earth’s climate system was evident in the El-Nino weather pattern last year, which was associated with a sustained period of warming in the central and eastern tropical pacific and the ability to spark deadly and costly climate extremes.

China’s impact on the global market

The New Year began on a bad note for the global economy as China recorded its slowest pace of economic growth in a quarter- century. China is the European Union’s second largest trading partner, accounting for 10 percent of its exports, according to official figures. However, China’s stock market has plunged, shedding nearly half its value since June and this has triggered an economic slowdown within the global economy.

Currently, China accounts for 15 percent of global output and the effects of its economy’s downturn will be reverberated around the world. World leaders worry that the double digit growth which the global economy benefitted from is unlikely to return. China’s inability to sustain its growth puts the global financial system at risk as well, said the International Monetary Fund (IMF).

China is currently experiencing the effects of transitioning from an investment-driven to a consumption-driven economy, which should lead to more sustainable, though slower, growth. “We have to live with the slowdown in China,” French economy minister, Emmanuel Macron, said in an informal session with reporters at the World Economic Forum.