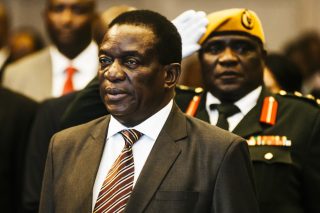 The Zimbabwean judiciary has said it would introduce live streaming of court cases attracting public and national interest at the Constitutional Court, starting from the 2020 Legal Year.

The move is vital to the country by promoting transparency and accountability while members of the public will be able to know what is going on in court, Chief Justice Luke Malaba said in his keynote address on Monday.

According to Malaba, the innovation would inspire confidence in the functioning of the judiciary, giving it the respect deserved as a co-equal organ of the state. He revealed that the live streaming of the 2018 Presidential election petition geared the innovation, hence the idea to make this a permanent feature.

“The most-watched court case that was streamed live in recent times was the August 2018 election petition by MDC leader Nelson Chamisa against the Zimbabwe Electoral Commission (ZEC) and Zanu-PF, which was unanimously thrown out by all nine Constitutional Court judges for lack of evidence,” said Malaba.

To increase accessibility to courts and enhance the transparency of the judiciary, many countries all across the world have permitted variants of the recording of court hearings. While some countries permit live streaming, others agree on video recording which is published in a few days.

South Africa, at the discretion of the judges, allows for the live streaming and televising of proceedings of the courts. Their Supreme Court of Appeal upheld the authority of a court to grant access to media inside the courtrooms for the purpose of recording and televising the proceedings after the presiding judge’s permission.

Also in India, the Supreme Court in 2018 pushed for transparency in the court sittings by allowing live-streaming of the court cases of constitutional importance which would serve as an instrument for greater accountability.

In the Asian nation, cases on environmental issues, air pollution, ban on liquor sales near national highways, ban on firecrackers and extrajudicial killings were not allowed to be streamed but the court has deemed it necessary and of great importance that they are now handled in courts with a live stream.

Importantly, the introduction of live streaming will encourage the principle of open court, effectuate the public’s right to know and reduce dependence on secondhand views.

Meanwhile, the recent economic situation in Zimbabwe calls for a new approach to solve the current economic crisis in the country. And following the move by the judiciary, there have been calls on the government to attend to more urgent matters rather than introducing a seemingly unnecessary live streaming process of court cases.