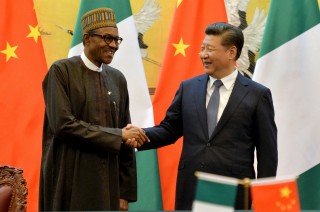 The Federal Government of Nigeria has revealed its plans of seeking a $1billion loan from China to fund the Gurara II Hydropower project. President Muhammadu Buhari, who led the session during the Federal Executive Council meeting, said the credit loan will be the provided by the China-Exim bank.

Although, the latest loan may likely not come as surprise to most people, since the African country is in a looming debt crisis with the Asian country, who is also its largest trade partner. In a report by the state’s Debt Management office (DMO) released in March 2018, Nigeria was in a total indebtedness of $3.22 billion to China as at the end of December 2017.

At the recent Spring Meetings held in United States (U.S.) by the International Monetary Fund (IMF) and World Bank, the Fund’s Director of Monetary and Capital Markets Department, Tobias Adrian, warned Nigeria and other emerging market countries taking loans from China to consider the terms of such facilities.

“Loans from China are good, but the countries should consider the terms of the loans”, Adrian said. Rightly so, it is pertinent to consider the terms of such loans properly before acceptance, to ensure that it is profitable to the borrower. This is evident in the cases of countries like Zambia that have given up some of its state owned properties like its Airport, National Broadcasting Corporation (NBC) and ZESCO power plant to pay up its debts.

While careful consideration of the loan terms are important, of equal relevance is the evaluation of the projects the funds are earmarked for, ensuring its viability and economic significance. In this scenario, the proposed investment in the hydropower project is expected to play a big role in Nigeria’s economy, and to an extent address the epileptic power situation the country has been faced with for several years.

Speaking on the matter, Nigeria’s Minister of Water Resources, Suleiman Adamu, stated that the investment would generate 360 megawatts of power upon completion. The new plant will be joining other hydropower stations –  the Mambilla power station in Taraba state, Shiroro power station in Kaduna state, Jebba power station and Kainji power state both located in Niger State.

The already existing hydropower stations have a combined capacity of over 1,000 MW and while the prospect of adding a new hydro plant sounds attractive as it would boost power supply to homes and businesses, opting for other sources of power generation like solar or wind energy may be more viable.

For years, Nigeria has relied heavily on gas and hydropower. Gas on one hand is cost-efficient and can be easily accessed, while hydro power is equally available due to the abundance of rivers and dams in the country. But experts are of the opinion that other sources of power should be reviewed to increase the chances of having a stable power supply.

Other substitutes have been adopted by several African countries like Kenya, Ethiopia and South Africa. Solar energy for instance is inexhaustible, will cause for a more stabilized energy price and will reduce global warming.

Wind energy is another alternative that is fast growing prominence in the world. Apart from being from a domestic source(wind), it doesn’t rely on combustion of fossil fuels, such as coal or natural gas to generate power.