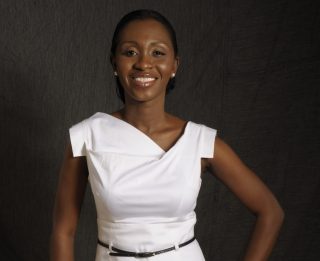 Ghana’s biggest solar farm is ‘near-completion’, with the project set to be, after its commissioning, one of the biggest solar farms on the continent. The project, called the Blue Power Energy, was initiated, funded and is being constructed by Salma Okonkwo, the CEO and Founder of UBI Group, and a proven Ghanaian businesswoman and real estate developer. The project is located in the northern part of Ghana and is scheduled to start operations in March 2019, with a production capacity of 100 megawatts of energy.

Finding alternative sources for energy in sub-Saharan Africa is becoming increasingly important; access to electricity in many African countries seem nightmarish because of rising numbers of people in urban centres, usually caused by migration from rural areas. In 2017, an estimated 1.1 billion people globally did not have access to electricity with 95% of that number residing in Africa. West Africa alone accounts for 30 percent of those without electricity in sub-Saharan Africa.

African countries are exploring other sources of energy, including renewable energy sources, like solar power. Many are investing in solar power, with Independent Power Producers filling the gap between production and delivery. One of such is the UBI group.

Okonkwo’s journey in the business fold began in 2006 with her venture, UBI, and has seen her rise to become one of the leading CEOs in the continent, overseeing a company with six subsidiaries.

Salma left the shores of Ghana to Loyola Marymount University, Los Angeles to further her education after high school. She graduated in 1994 and had a brief stint with a food brokerage company. However, her journey in the oil and gas industry started in 2003 upon her return to Ghana with Sahara Energy group. After three years of working with Sahara Energy, she moved on to actualize the ideas she had pitched with the top executive member in the company for several years to set up her own business. Okonkwo’s heart remains burden with her vision of “bringing liquefied petroleum gas to the hard-to-reach region of northern Ghana”.

In an exclusive interview with Forbes, she explained how she ventured into the diesel and petroleum wholesale trade in Ghana. She started her business, UBI, in 2006. In 2007, her company secured a contract with Kosmos Energy a Dallas-based energy company. A year later, another contract with Hess marked the beginning of a new era for her evolving venture, UBI.

Despite numerous repudiations and challenges she faced while working with the company, Okonkwo remained obstinate in her quest for success. UBI opened its first oil and gas retail station in 2008, and shortly after that, opened another 8 stations while managing 20 through partnerships. In few years of operation and corresponding growth, UBI’s success attracted the attention of a Singapore-based multinational firm Puma Energy in 2013. A deal was struck between both parties in 2013, giving Puma a 49% stake in two of UBI Group’s subsidiaries (retail gas stations and wholesale fuel distribution) for about $150 million.

Ghana has a great potential for producing over 240,000MW of Solar power, but currently has an estimated 120 MW of solar power installed across the country. Blue Power Energy, which will open next year looks good for the country and might evolve to become one of the biggest in Africa.

According to Okonkwo, her solar farm will gulp over $100 million to create 100 megawatts of solar power in 2019.

Although Okonkwo spent most of her childhood years in Accra, she is building the solar farm in her paternal origin in Northern Ghana. She feels the need to help her kin in her ancestral village from unemployment and poverty by providing jobs, especially for women who migrate to urban centers like Accra in search of greener pastures.