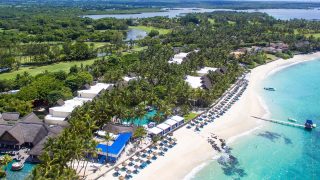 Mauritius to sell citizenship and passports to foreign investors

Governments in Africa and across the world make increasing Foreign Direct Investments in their countries as a matter of economic policy. Hence, many have adopted radical policies that they hope would attract investments into their economies. One of such policies is a new policy adopted by the tiny African island country of Mauritius.

For foreigners who cannot afford $1 million, they can purchase Mauritian citizenship with $500,000, and also $50,000 per passport for family members. Mauritian passport holders have access to 131 countries around the world, and the passport is 33rd according to the Henley visa restrictions index, which measures the travel freedom that citizens of a country enjoy through their passports.

Also in January of 2017, Serbia, Seychelles and Mauritius became the only countries whose citizens may travel to either China, Russia or the Schengen Area without needing visas. Economists in the country believe Mauritius can be used as a springboard for investments in China and India.

Mauritius is home to more than a million people, all of which are an ethnic and religious mix of African, French, Chinese, and Indian people. It is the top ranked African country on the 2017 World Bank’s Doing Business Index, and 49th in the world. Despite its favorable business environment, the country still wants to attract more foreign investment.

Mauritius has a long history of political stability; the country has witnessed peaceful handover of power multiple times since its independence in 1968. With a good governance record, and competent regulatory system, it is no wonder the country is also the most competitive economy in sub-Saharan Africa.

Mauritius economy was majorly sugar-based in the 1970s, with sugarcane still occupying more than 80 percent of its cultivable land. Sugar was its major export for decades, but now the country has managed to diversify its economy successfully. It has done this by investing heavily in its manufacturing sector. Initially, it focused on the production of textiles and clothing, but has now placed a priority on exporting jewelry and watch components.

The only drawback to Mauritius’ policy is that it would still not be able to solve its tax haven problem. It is already being used  investigated as a haven for tax evaders in fellow African countries; its new policy will encourage more to come. However, it also encourages citizens of countries in which their passports are not powerful to purchase one in Mauritius.