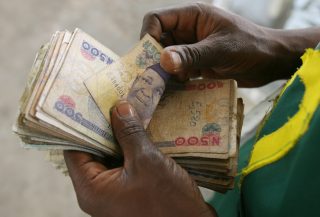 The Monetary Policy Committee (MPC) could cut lending rates in their next meeting for the first time in months in as economic variables continue to show improvement. With these favourable macroeconomic indices, responsible monetary and fiscal policies will be needed to drive economic development in the country.

In the latest figures from the Nigeria Bureau of Statistics (NBS), the headline inflation had further declined to 13.34 percent, the lowest in 14 months. The food inflation also dropped by almost 2 percent from the month of February to 16.08 percent. This is also the first time the inflation rate is below the lending rate since the economy nosedived into recession in 2016.

The MPC had left the main lending rate, which determines the rate banks give out loans, at 14 percent in its last meeting earlier this month stating that it wanted to allow key economic variables have “more time to fully manifest.” One of those key indices is the inflation rate which has been far away from the desirable single digit of between 6 percent and 9 percent of the Central Bank.

Last November, the CBN governor, Godwin Emefiele, had also indicated that the monetary policy stance could change when the economic fundamentals are favourable, and the inﬂation rate is at predicted levels.

However, with massive election spending expected with the general elections in February next year,  the MPC still has a lot to consider before loosening the lending rate. The continuous delay in the passage of the budget for 2018 is also a major risk to the economy as most of the infrastructural projects will be stalled, which will continue to frustrate trade and investment flowing into the economy. The president had earmarked 2.43 trillion Naira for capital projects in the proposed 2018 budget.

The average cost of Petrol (PMS), Diesel, Kerosene and Cooking Gas also dropped in March, as stated by the Bureau of statistics. Nigeria currently caps gasoline retail prices at 145 Naira per litre but average price in the country is 163 Naira, with Taraba state having the highest average price at 184 Naira. Cooking gas, which is used by many Nigerians for their cooking dropped to 2090.64 Naira in March from 2155.97 naira In February while Kerosene dropped to 268.99 Naira.

Nigerians would expect that the indices that directly affect their daily life will continue to improve and get back to the desired levels. Right now, food prices and prices of other necessities are still at high levels and unable to lift many out of poverty yet.

The responsibility now falls on the government to utilise the monetary and fiscal policies to drive inclusive growth in the country when macroeconomic indices are moving in the positive direction.