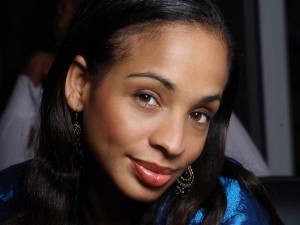 “I established LEAP in May 2002 based on two personal convictions: First, that Africa desperately needed a new generation of visionary, ethical, creative and disciplined servant leaders. Second, that a small group of people who shared the same vision could work together to change their communities, countries and indeed the world.” – Ndidi Nwuneli, award-winning Founder of LEAP Africa and AACE Foods.

Words like inspirational, convicting and stirring somewhat fail to capture Mrs Ndidi Nwuneli’s passion and career. Originally from Anambra state, in southeast Nigeria, Nwuneli was raised in Enugu where she attended primary and secondary school. She went on to study multinational and strategic management at the Wharton School of the University of Pennsylvania, USA and she later earned her MBA from Harvard Business School, one of the top leadership development institutions. Nwuneli’s education however came from more than school. On a trip to Guatemala in Latin America, what she observed did not match all she had heard about the country. “I said to myself, this is supposed to be one of the poorest countries in Latin America and in the world, how come it is so much more advanced than so many African countries? Why? What is the reason?” She believed four key principles were at work in Guatemala: leadership, effectiveness, accountability and professionalism. And these same four principles were often severely lacking in African society. This discovery became the foundation of her career.

Nwuneli worked for a while as a management consultant with the prestigious McKinsey & Co. Yet she had a strong desire to return to Nigeria to invest in formal leadership development and training for youths. A proverb says a woman who is diligent in her work will not serve before obscure men, rather she will be known by kings. A call from successful Nigerian entrepreneur, Fola Adeola, gave her the opportunity she was looking for in Nigeria. Adeola presented five job options, four of them were positions in the Nigerian private sector and the fifth was an opportunity to start a non-profit organisation focused on wealth creation and entrepreneurship for youths. The choice for Ndidi was obvious and in a risky move, she returned to Nigeria 2 months later and began FATE Foundation. FATE aims to create one entrepreneur per household and is well on its way to achieving its vision of establishing 5,000 businesses by 2015.

After establishing and successfully developing FATE in 2000, Ndidi went on to start her own non-profit LEAP Africa in 2002 to fulfil her vision of formal training for youths in Leadership Effectiveness Accountability & Professionalism (LEAP). LEAP Africa has created what Ndidi calls an “army of committed change agents”, young people, business owners and social entrepreneurs who care about making a difference in their families, companies, communities and country. The organisation has led the way in developing curricula on leadership, succession planning, ethics and integrity. Change agents run high-impact projects that range from addressing stigma in communities to capital projects such as road development.

For Ndidi, Africa is home. She wholeheartedly believes that no matter how many years one spends abroad, you will always be labelled ‘African’. Being called African should be a source of pride and that is what Ndidi aims to achieve with LEAP Africa. She also started her pet organisation in 2003, NIA, which stands for Ndu, Ike, Akunua (Life, Strength, Wealth), an organisation targeting female university students in southeast Nigeria for empowerment and training.  As a speaker and writer, Ndidi has trained many on the importance of succession planning, the practice of preparing your business to outlive you. Living out her belief, she handed over leadership of LEAP to two women, Mosun Layode, Executive Director and Ngozi Obigwe, Chief Operating Officer, freeing her up to undertake her next venture, AACE Foods.

While she did some policy and strategy work for ECOWAS and other West African organisations, Ndidi learned that West African countries import 90 percent of processed foods while letting 40 – 60 percent of locally-grown fruits and vegetables waste. Worse still, these countries have some of the highest malnutrition rates worldwide. In true entrepreneurial fashion she pursued the opportunity to process and distribute locally-produced food to major retailers and fast food chains.

AACE Food Processing and Distribution Ltd is an agribusiness and agro-processing company. By sourcing, processing and distributing fruits and vegetables within West Africa, the company improves nutrition levels, aids farmers and creates jobs. Her husband, Mezuo Nwuneli, whom she met on returning to Nigeria, is her partner on this initiative. Nwuneli’s strategy is simple: produce enough high quality foods locally and displace imports. Of course, in a challenging business environment like Nigeria’s she has had to apply all the lessons she taught aspiring entrepreneurs for years:

“For years, I’ve taught entrepreneurs how to run and grow their businesses. Now, I’m doing it in the real sector and I’m gaining a new appreciation for the challenges associated with manufacturing and agribusiness. We have been robbed and sued, but we are blessed with terrific partners and a very committed board”

Her vision is for AACE to become a regional multinational company that can wear the label ‘Proudly Nigerian’. In the meantime, she already has two other initiatives she has started and there are no signs of stopping anytime soon for this serial entrepreneur.

Ndidi’s faith is the primary driving force behind her work. Her first book, Walking for God in the Marketplace, is a reflection of her deep conviction that faith must be backed by actions in the world of work. Treating such issues as punctuality, integrity and initiative, she urges readers to show that their faith is more than mere words.

For her many achievements, Ndidi has received national and international recognition. She was named Global Leader of Tomorrow and Young Global Leader by the World Economic Forum in 2003. She was recognised in 2005 by THISDAY Newspapers as Young Manager of the Year. She also received a National Honour, Member of the Federal Republic (MFR) from the President of the Federal Republic of Nigeria and an Excellence Award from the African Business Club at Harvard Business School in 2007. In 2011, she was selected as one of Forbes 20 Youngest Power Women in Africa.

Ndidi’s 12 years in Nigeria read like a story of inspiration after inspiration. As the Founder of LEAP she writes “over the years, we have not quite transformed Africa, West Africa, Nigeria or even Lagos…” We beg to differ. Ndidi Nwuneli’s work has completely transformed thousands of minds and hearts which have in turn, transformed communities. Those communities together are what make up our cities, countries and the African continent. Ndidi has indeed transformed Africa, and by all indications, the transformation will continue. We certainly beleive so.

Do not go where the path may lead; go instead where there is no path and leave a trail. – Anonymous

Have you met Ndidi or know women like her? Share your experience and kindly leave any thoughts and comments below.