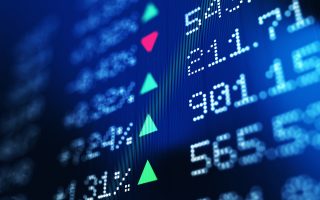 The rise in Nigeria’s headline inflation rate from 14.89 percent to 15.75 percent between November and December 2020 further plunged the country into a recession and caused an increase in the country’s Misery Index. This means that Nigerians were directly feeling the negative impact of the recession and have low purchasing power. Also, going by the National Bureau of Statistics (NBS), the inflation rate represents the highest monthly rate increase since the beginning of 2020.

According to a report, the rise in food inflation has been a major reason for the rise in headline inflation as food inflation rose from 18.30 percent in November 2020 to 19.56 percent in December. The increase could be seen in increases recorded in the prices of food- especially bread and cereals, potatoes, yam and other tubers, meat, fruits, vegetable, fish, and oils & fats.

The report also indicates that the festive period created a significant increase in the demand for commodities and services, as recorded in the Consumer Price Index (CPI), a key economic indicator of inflation. The country, as usual, experienced an astronomic rise in the demand for commodities which further created an increase in transport services for shoppers, deliveries, and travellers.

There was also an increase in core inflation, which signifies the change in the costs of goods and services excluding those from the food and energy sectors. Between November and December 2020, core inflation rose from 11.05 percent to 11.37 percent. According to the report, a spike in core inflation was recorded in prices of passenger transport by air, medical services, hospital services, shoes and other footwear, passenger transport by road, miscellaneous services relating to the dwelling, hairdressing salons, and personal grooming establishments, repair of furniture, vehicle spare parts, pharmaceutical products, motor cars, maintenance and repair of personal transport equipment, paramedical services, motorcycle, dental services, and bicycles.

The Misery Index is an economic indicator that shows how the average citizen is doing economically. It is calculated by adding the seasonally adjusted unemployment rate to the annual inflation rate. Basically, it is assumed that both a higher rate of unemployment and a worsening of inflation create economic and social costs for a country.