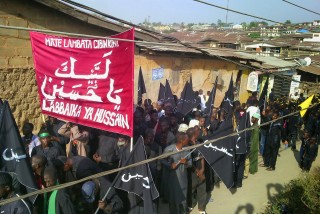 In order to keep you updated on what is happening in Africa and around the world, we have compiled a run-down of the top stories that are currently trending on social media.

Nigerian Army: The army of Nigeria has declared that it has “cleared” Boko Haram fighters from an area of the Sambisa forest in north-eastern Nigeria, where the Islamist insurgents are hiding out.

It says, in a statement, that the soldiers destroyed four camps.

During the fighting one Boko Haram fighter was killed and 31 people were freed.

Shi’ites: The Nigerian Army has been accused of killing Shiite Muslims over the past three days. Currently, a protest is ongoing in Tudun Wada and Kawo areas of Kaduna town. People are reported to be running for safety as businesses have been shut down while a traffic gridlock is currently building-up.

#BREAKING: Gunshots In #Kaduna As #Shi‘ites Protest Killing Of Their People https://t.co/bbc0rWbfzqpic.twitter.com/GoDTTNJSoG

The centre of the Islamic Movement of #Nigeria (Shi’ites) in Zaria allegedly set on fire by attacking soldiers pic.twitter.com/KorgfAHKN3