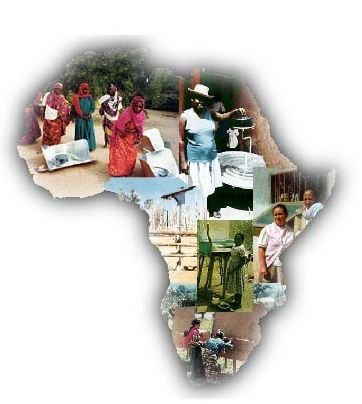 13 Reasons to Invest in Africa

1. Ground-floor opportunity.’ Seruma says many investors have already missed what he calls a “ground-floor opportunity” in Africa. For the decade ending Dec. 31, 2009, an African composite index made up of eight countries, including South Africa, Nigeria, and Egypt, returned about 14 percent annualized. South Africa alone returned an average of 13 percent per year over that period. Compare that with the MSCI Emerging Markets Index, which returned about 7 percent annualized, or the S&P 500, which lost about 3 percent over the same time period. He compares the risk versus return ratio in Africa today with emerging markets like China, India, and Brazil in the late 1900s—meaning that investors who enter a new high-growth market first reap the highest returns over time because they’re willing to take on more risk.

2. Low correlation. Correlation is a measure of how investments perform in relation to each other. A low correlation, for example, means that two securities will frequently move in opposite directions. According to Seruma’s research, from January 2002 through June 2009, an African composite index of eight countries had a correlation of 0.59 with the S&P 500, 0.66 with the MSCI EAFE Index (which measures developed markets outside of North America), and 0.60 with the MSCI Emerging Markets Index. That means that 59 percent of the time, the returns of the African index differed from those of the S&P 500. Investors can use correlation statistics to find out how to better diversify their portfolios. “The African markets have a very low correlation with domestic or other emerging markets, so [you have a] good opportunity to actually reduce risk in the overall portfolio,” he says. Diversifying your portfolio among uncorrelated assets can help offset big losses.

3. Strong growth expected. According to projections from the World Bank, nine of the 15 countries in the world with the highest rate of five-year economic growth are in Africa. Seruma estimates that Africa is likely to grow by 4.7 percent over the next five years. Economists expect much slower growth in places like the United States and U.K. over the next few years. “It’s a pretty huge growth differential,” he says

4. Profitable companies. There are a number of well-known companies that are based in Africa, including South African Breweries (a subsidiary of SABMiller) and telecom company MTN. Africa’s total stock market capitalization now exceeds $1 trillion. A recent study by two economists, Paul Collier and Jean-Louis Warnholz, found that from 2002 to 2007, the average annual return on capital of African companies was 65 percent to 70 percent higher than that of comparable companies in China, India, Indonesia, and Vietnam. That means the African companies were more profitable.

6. Increasingly less violent. According to Freedom House, 63 percent of Africa’s population nowlives in countries designated “free or partially free.” Compare that with Asia, which has a score of 66 percent. Seruma says most African countries now have functioning democracies. “It’s a very different picture from what it was 20 years ago, and that has increased investment,” he says.

7. China’s involvement in the region. Seruma singles out China because many Chinese companies—some of which are backed by the government—have made significant investments in Africa. “They are really taking a long-term view about investing in Africa,” he says. The governments of countries like China have realized that they’re going to need resources from the African continent to fund their growth and consumption in the future, Seruma says.

8. Infrastructure spending. Countries are no longer coming to Africa solely to extract resources. They’re beginning to stay and help make important infrastructure improvements in the continent, Seruma says. “The old story of investment in Africa was ‘let us get the natural resources out of the ground and immediately ship it out,'” Seruma says. “Now it’s changing. Not only do they go to Africa and make an investment in Africa, but they’re also making the additional developmentprojects.” For instance, diamond giant De Beers recently signed a deal to mine diamonds in Botswana, including a commitment to build a diamond sorting facility.

9. Low debt. Concerns about sovereign debt—the debt that governments owe—has made headlines in Europe. Countries like Greece, Portugal, and most recently, Ireland have seen their debt downgraded by ratings agencies like Standard & Poor’s. The United States also faces a hugebudget deficit. Seruma says he believes that the United States will see five or six more years of low interest rates, which will lead many investors to look to different regions of the world for higher yield. “The capital being pushed out of the developed markets is going to benefit Africa,” he says. “We believe this time around, there is some sustainability in terms of capital flows.” Many African countries don’t have the same worries. Seruma cites Nigeria, which has a debt-to-GDP ratio of only 18 percent, compared with countries like Greece and Japan whose debt-to-GDP ratio is more than 100 percent.

10. Growing investment from abroad. Seruma also cites a United Nations Conference on Trade and Development report, which shows that capital flows to Africa are higher than three of the four BRIC countries. Africa is ahead of Brazil, India, and Russia. It’s second only to China.

11. Attractive valuations. Seruma believes that many African countries are currently trading at attractive valuations. He says the average price-to-earnings ratio for African companies is about 8 to 9 percent compared with the S&P 500, which has an average P/E ratio of about 15 or 16 percent. “There’s a huge valuation differential that is not explained by the risk,” he says.

12.Young demographics. Compared with other regions of the world, Africa has a much younger median age, which means African governments aren’t as burdened by elderly populations and pension plans. It also means that Africa has a young, vibrant workforce, Seruma says. Africa’s most populous nation is Nigeria, which Seruma accounts for about a quarter of Africa’s total population. Nigeria’s median age is 19 years old. Compare that with 37 in the United States, 40 in the U.K., and 45 in Japan.