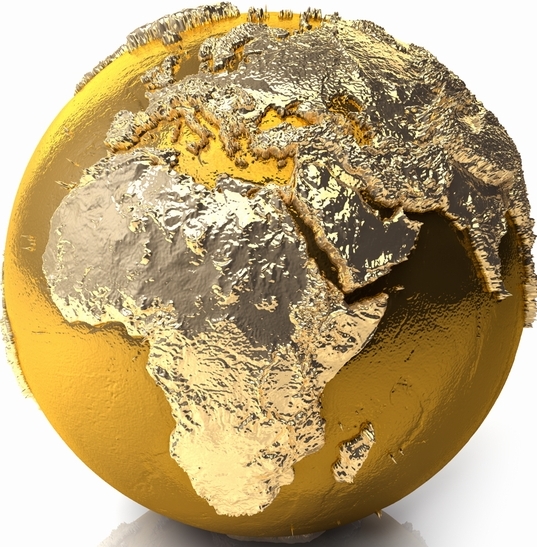 10 Under 30 African Inventors Set To Change The World

Despite political and social bottlenecks in different parts of the continent, Africa’s newest generation are breaking barriers to write their names on the sands of time not only in their country but also on the world’s timeline.
Among these exceptional people are young Africans looking inward to create specialized solutions to the unique challenges that their societies face.
While there are many more out there (and more coming up), here are ten of the young African inventors providing creative solutions to the continent’s social problems.

Born in the Western part of Kenya, Evans Wandogo grew up in a rural village without electricity, giving him a firsthand experience of energy poverty.
He grew up walking a long distance to buy kerosene for ‘Koroboi’, a common kerosene lamp in Kenya which often cause eye problems due to the frequent exposure of smoke from the lamp.
However at age 19 while trying his hands on a dorm experiment involving the timing of LED (light-emitting diode) Christmas lights, Evan discovered that could create an environmentally friendly source of light that will light up his community.
With the help of a crafts worker, Evans succeeded in designing a solar lantern, MwangaBora (meaning “good light’), which is made from 50 percent recycled material and now widely distributed in Kenya and Malawi.

Moroccan Chakroun Abdellah is perhaps the youngest and most symbolic innovator in his country.
He accomplished his first invention at the age of 18 and by the age of 25, the young innovator has made about 35 different inventions, and has obtained patent for at least two of his invention.
His invention varies from private mechanics of vehicles, military inventions and medical inventions.
Most especially, he has gained credence in the military field where he succeeded in inventing some sophisticated technology weapons.
Some of his other inventions include the Square Rotor Rotary Engine which can increase power and speed, (compared to the engines available in the market) and also reduce fuel consumption.
Chakroun has received offers worth millions of Euros from western companies but he turned down these offers, remaining true to using his invention to develop his country.

Verone Mankou is the founder of VMK and the inventor of Way-C tablet, Africa’s answer to iPad. He is also the creator of the first African made mobile phone, Elikia (“Hope”).
With his invention, the Pointe-Noire born inventor has been able to provide affordable smart devices to his country and Africa) and also increase internet access in the country.
Verone hopes to compete with the multinational American and Asian tech companies like Samsung and Apple. He also hopes to train young African entrepreneurs and make his product affordable for Africans.

At 14 years old, Malawian innovator, William Kamkwamba built an electricity-producing windmill from spare parts and scrap parts after he dropped out of school due to poverty.
His windmill did not only provide electricity, it also provides water to his home in rural Malawi.
Since then, he has built a solar-powered water pump that supplies the first drinking water in his village and two other windmills.
William’s windmill attracted international attention and his story has been chronicled in the 2013 award-winning feature-length documentary, William and the Windmill.
He has also released an autobiography, “The boy who harnessed the wind” which was selected as a required book for all incoming students at the Auburn University.

Born in Mogwase, a small township just outside of Rustenburg, Thato is the creator of Repurpose Schoolbags, a green innovation made from recycled plastic bags.
The schoolbag integrates solar technology so that children may study for up to 12 hours. The retro-reflective material of the schoolbag also makes the children more visible and safe on their walk to school after dark.
Thato holds a degree in Brand Building & Management from The Vega School of Brand Leadership and has interned for marketing guru and American best-selling author Seth Godin.

At the age of 24, Cameroonian engineer, Arthur Zang developed Africa’s first handheld medical computer tablet that help diagnose people with heart disease.
His patented invention Cardiopad, is a 25 centimeter touch-screen medical tablet that enables health workers to perform cardiac tests such as electrocardiograms (ECG) at far away remote areas and beyond. The reports are then be wirelessly send results to doctors via the Internet for interpretation.
Zang’s invention will help millions of people who suffer from heart related problems, most especially those in the rural areas.
Cardiopad has been validated by the Cameroonian scientific community as extremely effective and it is currently undergoing trials in a number of medical hospitals in Cameroon.

Ludwick Marishane was still in high school when he thought of ‘Dry bath’- the world’s first and only bath-substituting antibacterial and biodegradable skin gel. His invention is particularly useful for rural communities where clean water is hard to come by.
Prior to inventing Dry Bath, Ludwick invented a healthy cigarette in the 10th grade and authored mobile dictionary and magazine supplement.
Marishane’s invention won him the Global Student Entrepreneurship Award (GSEA) at the Global Entrepreneur Week (GEW) for two consecutive years (2010 and 2011).

In 2012, four high school teenage students – Adebola, Abiola, Toyin and Eniola showcased a thoughtful and practical innovation that warmed the heart of Africans and the international community. This invention was a urine power generator which could provide safer, affordable and more access to electricity.
The invention which was first showcased at the Maker Faire Africa annual pan-African conference was born out of the girls’ school chemistry lab and could create 6 hours of electricity with 1 Liter of urine.

Self taught engineer and inventor, Asidu Abudu, has made at least 26 different inventions since he discovered his passion of invent things in sixth grade (Primary six).
Over the years, Asidu has invented numerous devices that are designed to ease people’s lives.
One of his inventions is a fufu pounding machine which could ease the lives of African women.
His other invention includes an automatic eating machine that can help the disabled, a surveillance camera that can track vehicles via mobile phone and a device that enable users to lock one’s car engine using one’s mobile phone or somebody else’s phone.

Kelvin Doe is a Sierra Leonean self taught engineer who built his own generator and radio transmitter at the age of 13.
At 16, he was able to build a battery that will provide electricity to homes within his community where there is no constant power supply. The battery was made from acid, soda, and metal parts scavenged from trash bins.
kevin’s talent was noticed by David Monina Sengeh, who encouraged him to participate in GMin’s Innovate Salone idea competition where he emerged one of the finalists.
Kevin is today the youngest person to participate in the “Visiting Practitioner’s Program” at MIT. He has also signed a $100,000 solar project pact with Canadian High Speed Service Provider Sierra WiFi.