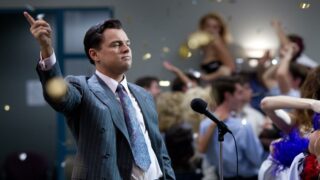 10 movie quotes that will inspire every entrepreneur

Movies have always been a great way to unwind from stress and spend time with our loved ones. At the same time, they have become a powerful medium for inspiring and educating audiences. Entrepreneurs, like most people, need inspiration from time to time, and movies often do the trick.

Among the many great stories that grace our screens, characters read certain lines that are so compelling that they become life principles. This article compiles ten quotes from 10 great movies every entrepreneur will find inspiring. There are plenty of great quotes from these movies, so if you haven’t seen them, you should probably make time.

1. “If you’re good at something, never do it for free!” – Joker, The Dark Knight

When the Joker walks into a meeting of mobsters, he points out why they’re meeting during the day – Batman has them afraid to go out at night. He then proposes a simple solution – kill the Batman, which seems oddly straightforward for a villain of his particular calibre.
The mobsters ask him why he hasn’t done it himself, and the Joker counters, “If you’re good at something, never do it for free.” Ironically, the Joker would upend this comment by burning a massive pallet of cash just to prove a point regarding the balance between order and chaos.

While this scene was about an unhinged villain, it points out a valuable lesson: never let people undermine your talent. The Joker didn’t need the money but still asked for it.

2. “It’s beautiful beneath the sea, but if you stay too long, you’ll drown.” – Three-Eyed Raven, Game of Thrones

Bran Stark is in a trance while in the Three-Eyed Raven’s cave as the latter prepares Bran to take his position. Bran finds himself in his hometown before the war and basks in the feeling of his past life. But the Three-Eyed Raven brings him back to the present and tells him: “It’s beautiful beneath the sea, but if you stay too long, you’ll drown.”

At first glance, it seemed like the Three-Eyed Raven didn’t want Bran spending too much time in a trance when he wasn’t ready. But the more profound lesson was for Bran to not spend too much time remembering how great his life used to be. When we experience losses, it’s great to remember what life used to be before they happened. But we shouldn’t drown ourselves in them.

3. It takes talent to make money, but it takes brains to keep it.” – Robert McCall, The Equalizer 2

Robert McCall, The Equalizer, tries to scrub off the graffiti on his wall when Miles, his teenage neighbour, approaches him to enquire about the situation. Robert can’t wait for the homeowners to do it for him since that might take forever. He also thinks the professional paint removers are too expensive.

Miles, a talented artist, proposes to help Robert repaint for half the standard price. Robert, who disapproves of Miles’ irresponsible lifestyle, tells him: “It takes talent to make money, Miles. But it takes brains to keep it.”

Jordan Belfort, the Wolf of Wall Street, must smuggle some of his cash to Europe to avoid getting arrested. He goes to meet an old friend, Aunt Emma, uncertain if she will help him. But Jordan finds out that Aunt Emma didn’t need much convincing to put herself at risk. Her response was, “Risk is what keeps us young.”

There are plenty of motivational quotes in The Wolf of Wall Street. The movie poses Jordan Belfort as some sort of role model, and many scenes revolve around him rallying his troops on the trading floor. And even though some viewers criticized the movie for glamorizing Belfort’s white-collar criminal lifestyle, there’s plenty to learn from it.

5. “If you work for a living, why do you kill yourself working?” – Tuco, The Good, The Bad and The Ugly

Tuco is talking to himself in a scene where he is plucking off a dead chicken’s feathers. He wonders why anyone would work so hard and put their lives in danger, yet they are working to live.

Tuco has a point. The reason we work hard is so that we can afford to live well. Work shouldn’t deny you a healthy lifestyle – it should be part of it.

12 Angry Men is one of the best movies of all time, according to critics and audiences alike. The 1957 classic is now used in classrooms to teach students about negotiation. One juror (Juror #5) convinces eleven others to change their stance on a murder case, despite their strong convictions. All but one, Juror #3, agree with him. However, unlike Juror #5, Juror #3 doesn’t have a strong argument to convince the others.

It’s okay to be the only one who sees things differently. But what’s more important is to know how to make others see what you see.

7. “Never let anyone outside the family know what you’re thinking.” – Don Corleone, The Godfather

Don Corleone, the Godfather, and his son, Santino, attend a meeting with a prospective business partner. The man pitches for Don Corleone to partner with his narcotics business in exchange for a rich reward. However, Don Corleone is not interested in the deal. His prospective partner then tells him of the guarantee on his investment. Then Santino interrupts the conversation in excitement, as the deal seems juicy. Don Corleone hushes him and calmly concludes the meeting. Then he says to Santino: “never let anyone outside the family know what you’re thinking.”

Don Corleone’s wrapped a negotiation skill and a life lesson into one piece of advice to Santino. He taught him to value his privacy and to exercise restraint when negotiating.

Katherine Johnson worked late to finish checking the analysts’ calculations at NASA. She takes the files to the team lead, Al Harrison, who is also working late as she’s ready to go home. NASA is trying to land the first rocket on the moon. But Harrison doesn’t need the calculations anymore, as they’re already obsolete. He then asks Katherine if she understands what they are trying to do and explains that the team needs to look beyond the maths they’re currently doing. He tells her: “without that, we’re not going anywhere… we’re certainly not touching the moon. And in my mind, I’m already there. Are you?”

It didn’t matter that Harrison didn’t yet have the answers on how to make a rocket go round the earth or land on the moon. Mentally, he was already there. That’s why he could commit so much time and energy to making sure it happened. Asking Katherine if she was also there showed how he chose the right people to work with: He didn’t simply need talented people, but those who would be as crazy about his dream as he was.

9. “No matter what anybody tells you, words and ideas can change the world.” – John Keating, Dead Poets Society

John Keating has a treasure trove of inspirational quotes that will send anyone to constantly check on themselves. He keeps motivating his students to think freely and for themselves, to find what floats their boat and flow with it.

Keating’s primary lesson in this scene was for the students to not let anyone make them feel their career path — poetry — was irrelevant or inferior compared to other fields like engineering and medicine. We have to see value in what we do. Otherwise, no one else will.

10. “Every day above ground is a good day.” – Mel Bernstein, Scarface

Though not having a major role in the movie, Mel Bernstein still delivers one of the most interesting lines. Bernstein is telling Tony Montana to “smile more” and be less uptight, even though Tony’s mind is troubled at the time.

While chasing lofty dreams, we have to appreciate the present. Be grateful for the “ordinary” days just as much as you do for the big days.