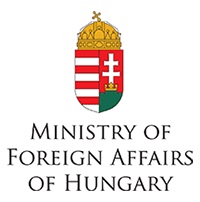 “Several Hungarian companies are realising investment projects in Angola; economic cooperation between Hungary and Angola will be closest within the fields of agriculture, security technology and energy”, Minister of Foreign Affairs and Trade Péter Szijjártó said in a telephone statement to Hungarian news agency MTI from the Angolan capital, Luanda.

The Minister pointed out that the Government’s goal is not only for large foreign companies to invest in Hungary, but – parallel to the dimensional transition of the Hungarian economy – for Hungarian companies to also realise as many investments as possible abroad, so that part of the profit generated there can come home.

He announced the Eximbank has set up a 40-million-euro fund to provide support for the establishment of production and research & development capacities by Hungarian enterprises in Angola. In addition, the financial institution has also opened a 135-million-euro credit line to facilitate the establishment of trade between enterprises from the two countries, the Minister explained.

Mr. Szijjártó reported on the fact that a Hungarian company has submitted a tender for the production of Angolan security documents, passports and ID cards, and is in with a good chance of receiving the order, in which case it will be establishing a plant in the African country. Angola’s oil company, the second largest oil industry company in Africa, has published a tender for the extraction of 24 oil fields, for which they are also awaiting applications by Hungarian companies. In addition, within the agrarian sector, they are also expecting Hungarian companies to play a role within the poultry and egg industries, the Minister of Foreign Affairs and Trade told the press.

Mr. Szijjártó highlighted the fact that Africa’s Portuguese-speaking countries are natural targets for Hungarian foreign investment strategy, amongst which Angola is the most important, because thanks to Angolan students who once studied in Hungary, there is mutual friendship between the two countries.

“The basis for cooperation between the two countries is relations between people, and accordingly the Government is increasing the number of scholarship places available for Angolan students to attend Hungarian universities to 100”, the Minister announced. “The scholarship programme has already proven to be especially useful in the long term with relation to cooperation between the two countries”, Mr. Szijjártó emphasised.

The Hungary Foreign Minister also announced that Prime Minister Viktor Orbán will be making an official visit to the African country at the end of March.

Distributed by APO Group on behalf of Ministry of Foreign Affairs and Trade, Hungary.