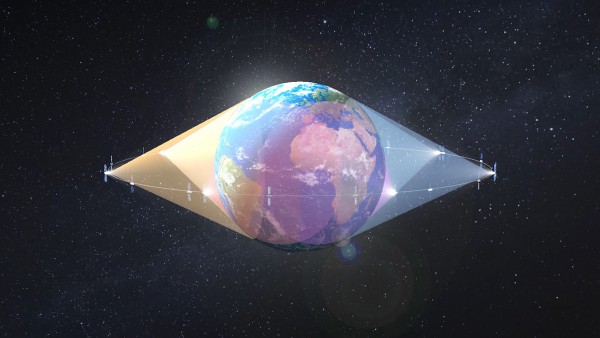 Orange will be the first global telecom operator to integrate satellite-based revolutionary terabitscale O3b mPOWER communications system in its network, to support the growing demand for connectivity in Africa.

Orange, one of the world’s leading multi-service telecommunications operators and present in 18 countries in Africa, will be the first telco to adopt the ground-breaking O3b mPOWER (http://bit.ly/2wXGjDn), SES’s (www.SES.com) next-generation Medium Earth Orbit (MEO) satellite communications system, to exponentially ramp up its consumer and business services, starting in the Central African Republic.

O3b mPOWER is the world’s only fully-funded non-geostationary orbit (NGSO) broadband system in development today. Positioned at only 8,000 kilometres away from Earth, the system will power low-latency high-throughput solutions that can be seamlessly integrated into existing terrestrial networks. When operational in 2022, O3b mPOWER will provide multiple terabits of throughput globally to drive digital transformation and cloud adoption virtually anywhere on the planet.

The highly flexible O3b mPOWER constellation comprises ultra-high-capacity, low-latency, highpower MEO satellites, each with up to 5,000 fully-shapeable and steerable beams that can be shifted and scaled in real-time to meet customers’ demands. The system is ideally suited for domestic cellular backhaul and simultaneous international IP trunking applications.

Orange has been a customer and early adopter of SES’s current generation O3b MEO managed services (http://bit.ly/2T7mbaw) since 2017. Orange is a strategic partner for SES with its large presence in Africa and the Middle East, and with satellite gateways in several countries on the continent. With O3b mPOWER, Orange will substantially increase its low-latency MEO-enabled capabilities to support the growth of its bandwidth demand, driven by the ever-growing customer base, the new digital uses and financial services. The revolutionary system will enable Orange to offer high broadband and seamless connectivity, while extending geographical reach.

In addition, Orange Central African Republic will leverage the world’s only multi-orbit network, utilising SES’s MEO and GEO (Geostationary Earth Orbit) satellites to connect and aggregate 2G/3G traffic from remote base stations around the country to the core network in the capital of Bangui. This gives the operator a single source for cellular backhaul and core IP transit, as well as a consistent and seamless experience between the MEO and GEO services.

“We are thrilled to be partners and early adopters of this innovation with SES, and to be able to offer high-quality connectivity in the most remote locations of the Central African Republic. This longstanding partnership fully aligns with our mission of building smarter and open networks to bridge the digital divide in Africa, and to increase the speed and geographic reach of our network,” said Jean-Luc Vuillemin, Executive Vice President at Orange International Networks Infrastructures and Services.

“This new agreement marks a very important milestone for both our companies and also for the broader industry. With the innovative O3b mPOWER system, Orange and SES are revolutionising the telco market, and the way networks can be extended and improved,” said JP Hemingway, CEO of SES Networks. “With its ability to power a wide range of telecommunications needs, including cellular backhaul and high-performance cloud connectivity, O3b mPOWER – together with other terrestrial infrastructure – is key to connecting remote and underserved regions in the most economically viable way.”

Distributed by APO Group on behalf of SES.

About SES:
SES (www.SES.com) has a bold vision to deliver amazing experiences everywhere on earth by distributing the highest quality video content and providing seamless connectivity around the world. As the leader in global content connectivity solutions, SES operates the world’s only multi-orbit constellation of satellites with the unique combination of global coverage and high performance, including the commercially-proven, lowlatency Medium Earth Orbit O3b system. By leveraging a vast and intelligent, cloud-enabled network, SES is able to deliver high-quality connectivity solutions anywhere on land, at sea or in the air, and is a trusted partner to the world’s leading telecommunications companies, mobile network operators, governments, connectivity and cloud service providers, broadcasters, video platform operators and content owners. SES’s video network carries over 8,300 channels and has an unparalleled reach of over 355 million households, delivering managed media services for both linear and non-linear content. The company is listed on Paris and Luxembourg stock exchanges (Ticker: SESG). Further information is available at: www.SES.com.