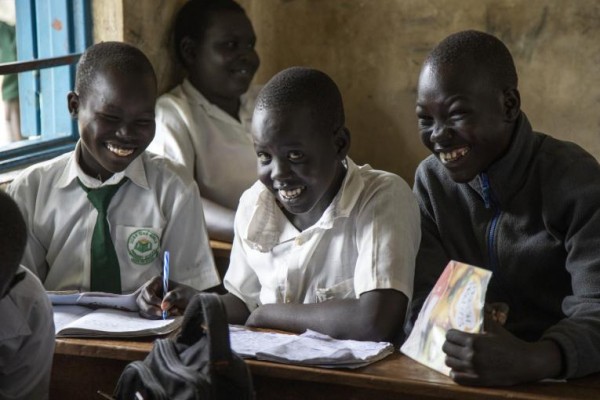 20 November marks 30 years since the Convention on the Rights of the Child was adopted by the UN, a convention that was ratified by South Sudan 23 January 2015. The report launched today is part of UNICEF’s commemoration of the 30th anniversary and looks at the undeniable achievements of the past three decades globally, proof that where there is political will and determination, children’s lives improve.

“There have been impressive gains for children over the past three decades, as more and more are living longer, better and healthier lives. However, the odds continue to be stacked against the poorest and most vulnerable,” said UNICEF Executive Director Henrietta Fore. “In addition to the persistent challenges of health, nutrition and education, children today have to contend with new threats like climate change, online abuse and cyberbullying. Only with innovation, new technologies, political will and increased resources will we help translate the vision of the Convention on the Rights of the Child into a reality for all children everywhere.”

Citing progress in child rights over the past three decades, the report notes that the global under-five mortality rate has fallen by about 60 per cent, the proportion of primary-school-aged children not in school decreased from 18 per cent to 8 per cent, and the guiding principles of the CRC – non-discrimination; the best interests of the child; the right to life, survival and development; and the right to protection – have influenced numerous constitutions, laws, policies and practices globally. In South Sudan, the passing of the Civil Registration Act in 2018 and the adoption if a national strategy to end child marriage are among the achievements.

However, the report notes, this progress has not been even. The report also addresses age-old and new threats affecting children around the world, including poverty, discrimination and marginalization that continues to leave millions of the most disadvantaged children at risk, the climate change that impacts largely on children, a slowdown in immunisation coverage rates over the past decade which is threatening to reverse hard-won gain in children’s health, and a stagnation of the number of out-of-school children.

South Sudan continues to have one of the highest child mortality rates in the world with one in ten dying before the age of five, mostly due to preventable causes, lack of health care, poor hygiene practises and access to clean water. An estimated 1.3 million children will suffer from acute malnutrition in 2020 and 2.2 million children are out of school. Those in school have often poor learning outcomes due to lack of qualified teachers.

Children in South Sudan are suffering from abuse and exploitation related to social norms, harmful practises and insecurity. An estimated 45 per cent of all women are married before the age of 18, placing South Sudan as one of the countries with highest prevalence of early marriage in the world. Emergencies, such as the ongoing floods, are further aggravating an already difficult situation. Some 490,000 children are affected by the floods, putting especially their health at risk.

“Despite the many challenges children are facing in South Sudan, UNICEF remains positive and optimistic on behalf of the children in the country,” said Dr Mohamed Ag Ayoya, UNICEF Representative in South Sudan. “The report UNICEF is launching today has a clear message; if there is a will there is a way to change children’s futures. I know there is will among the Government officials, UN agencies and partners, now, let’s find the way.”

To accelerate progress in advancing child rights, and to address stagnation and backsliding in some of these rights, the report calls for more data and evidence; scaling up proven solutions and interventions; expanding resources; involving young people in co-creating solutions; and applying the principles of equity and gender equality in programming. But it also recognizes that while all these elements are necessary to bring about change, our rapidly changing world also requires new modalities to confront emerging opportunities and challenges, and to truly embed the rights of children as a global cause again.

The Convention stands at a crossroads between its illustrious past and its future potential. It is up to us to recommit, take decisive steps and hold ourselves accountable,” said Executive Director of UNICEF Henrietta Fore. “We should take our lead from young people who are speaking up and speaking out for their rights as never before, we must act now – boldly and creatively.”

Distributed by APO Group on behalf of UNICEF South Sudan.